The Naughties – The Decade From Hell 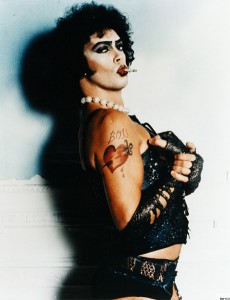 Whether you call it the Aughts, the Naughts, the 2000’s, or something else entirely, it’s safe to say this was the worst decade in sixty or more years.

My own personal appellation – the Naughties – was actually something I heard in 2000, and I thought it was a good idea.   Of late, people have begun calling it by another moniker – the one I’m using for the title of this piece.

For me, it was uncharacteristically dry, the 31st of December, 1999; I drove by the propane-store near the road to my house, and saw a huge line – people were stocking up on the stuff in preparation for the absence of utilities when the Big Change Over happened.

Ed Yourdon, the man who created Structured Analysis for computer programming and predicted in ’94 that most software development would leave America for Parts Overseas, had predicted the worst.   Yes – the changeover from ’99 to ’00 was going to cause catastrophe.

He’d holed up somewhere in the Southwest, awaiting doomsday.   His books were taken seriously – I mean, after all, he was an expert!  Visions of destruction, Terminator-style, were dancing through the heads of proto-survivalists from Maine to California.   By the time the Last Day of the Year had rolled around, conspiracy-theorists all over the world were blaming parties as diverse as the American computer industry and the Illuminati.

Personally, I’d just finished a home-remodel.   The last of the electrical outlets, switches, fixtures, and other gizmos had just been installed.  I went to bed that night hoping the heat would come on the next morning, and that the changes I knew had been made (courtesy of working in the sales-end of the computer industry) would be enough.

The next morning was a non-sequitur writ-large in cyberspace – the first day of a new decade.   We were past the Big One; what else could go wrong?

We didn’t know that thirty years of fiscal irresponsibility, deregulation, and Chasing the Dream was about to catch up with us.   I’d had several friends who’d dumped long-standing careers to go to work for startup Internet companies – and there were investors with decades of picking the right horse behind them who bet the farm on two kids with green-hair and pierced-ears, solely because the acronym “HTML” was in their vocabulary.

What none of us knew – or could have even guessed – was that the decade’s first ‘bubble’ – a word none of us would have applied to an economic phenomenon until ten months later – was underway; a straight-up, greed-based Exercise in Economic Invincibility; we’d won the Cold War; the largest peacetime span of economic growth showed no signs of stopping, and the Internet was here, to connect everyone, change everything, and usher in a New Way of Doing Business.

Ten months later, it was all over – the Internet hadn’t done anything new; buying things online turned out to be convenient, but building the technology to make that happen in a secure manner wasn’t so quick and easy – and most merchants learned that, for a lot of items, people still liked to look-and-feel.   The lessons – that no matter how clever the advertising, it won’t save you (Pets.Com); money is still money (Flooz.Com); people still like to go to the grocery-store (Webvan.Com; HomeGrocer.Com); teenagers still want things for free (Kibu.Com), and when it comes to the government – they still do business the same old way (Govworks.Com).

People with millions on paper were taking jobs in coffee-shops to pay the bills – because the other lesson – that your landlord won’t take your stock-options for rent – was probably the most painful lesson of all.

The hardware that fueled this first reincarnation of the Tulip Mania wound up for sale for pennies on the dollar.   Computer brokers had a field-day.   Sun Microsystems – the company which produced all of those ‘Dot’ advertisements and faux-movie trailers hawking their server line – saw their stock price collapse.

The air was warm, but it was September – the heat was off, but there wasn’t a cloud in the sky; it was one of those perfect late-summer days in Oregon which makes people move here by the droves until they learn the truth about things long about November.  I was sitting out back, reading a book and partaking of a light dinner and a glass of wine after doing some garden-work and soaking in the hot-tub.   “Peace” was the word which would describe the evening as well as anything.

The next morning, I received a phone call, early, from a friend.   “Turn on CNN.  There’s something going on; I just heard a bit on the radio.”   I turned on the TV, in time to see what looked like an airliner crash into a building.

As the day wore on, and the two towers of the World Trade Center succumbed to their collective damage, I said to myself, “Well – the economy just lost over a trillion dollars today.  We’re in a recession.   Can’t avoid it.”   Within a couple of months, it was all but evident that I was correct.

Hanging chads determined the Presidency in a Third-World farce of an election; at the same time, Enron energy traders were manipulating markets thanks to deregulation, causing rolling blackouts in California.   Some became wealthy; others became homeless.   Jokes from the traders about ‘freezing grandma’ to line their pockets became the stuff of late-night TV.  What the ‘Dot Com’ bubble couldn’t do, 9/11 did – we slid off into recession.

Rather than take our medicine then, the Federal Reserve decided (after much pressure) that the newly-elected president couldn’t afford the political negativity of a recession which today looks like a hiccup by comparison; they lowered interest rates to near-zero in order to keep things moving.

Predictably, another ‘bubble’ occurred.   Money, like water, seeks the nearest outlet – and in this case, a direct conduit from Fed to banks to mortgage-lenders was established; banks summoned up their sales-expertise and convinced homeowners in droves that not only was it a good idea to borrow money – the housing market would keep growing indefinitely, and there was No End In Sight.   A rising tide would lift all boats, making every American a millionaire.  The Tulip-Mania of 1600’s Holland was nothing compared to this.

Not satisfied with expenditure of blood and treasure in Afghanistan, the new Bush Administration decided to go to war with Iraq, based on nothing more than circumstantial ‘evidence’ of something with which the United Nations was already dealing – Saddam Hussein’s so-called ‘weapons of mass destruction’.

By 2005, it was evident even to the most cheerful junior-high-school-teacher turned real-estate-agent that it was impossible to do what Bush had done – cut taxes, lower interest rates, and fight not one, but two wars halfway around the world.  The end was in sight.  By December, 2007 we were in another de-facto recession.

2008 came and went with the government selling debt-paper to the Chinese like there was no tomorrow, and the figures reflected the demise of the American financial system – the stock market dropped by 26%; the dollar lost a corresponding 26% of its value from 2000 to 2009; the average income dropped by over 5%, and the real unemployment rate – counting people who’ve given up looking and/or whose benefits have run out – is a near-catastrophic 17.6%.

By the end of 2008, the house of cards had been blown away with the force of an Economic Katrina.   The failure of the credit markets dried up any available money to the real engine of American commerce – small and medium-sized businesses – and the de-facto recession became manifest as a real event.

The Bush Administration, in one last thrashing effort to prevent outright catastrophe, orchestrated the bailout of the nation’s financial system, along with a select group of companies considered ‘too big to fail’ – this time with printed money.   Obama’s election in 2008 saw the end of the Bush era, and the beginning of a future for which the term ‘uncertain’ seems like a weak and lame superlative.

For all of this, we don’t seem to have learned any lessons.

We shouldn’t wonder at our economic state – in fact, the real question is why not one, but two economic bubbles (three, if you count the currency-inflation we’re yet to experience) failed to bring us down completely.   We dismantled the regulations which were so painfully crafted at the end of the Great Depression, then handed the keys of the financial asylum to the inmates who were all too happy to use their newly-acquired power to line their pockets at our expense.

With over sixty years of failed foreign policy under our belt since WWII, we shouldn’t wonder at why a large part of the world – especially the Islamic nations – hate us; rather, we should be looking in the mirror in light of our ‘record’, and ask “What took them all so long?”  We lived behind oceaned borders, telling ourselves that no one could reach us – all the while ignoring a lesson learned thousands of miles away; the last physical reminder lying at the bottom of a place called Pearl Harbor.

Complacency – the antithesis of involvement – was the rule of the decade, at least where it counted.

By Astra Navigo Whether you call it the Aughts, the Naughts, the 2000’s, or something else entirely, it’s safe to say this was the worst decade in sixty or more years. My own personal appellation – the Naughties – was actually something I heard in 2000, and I thought it was a good idea.   Of…