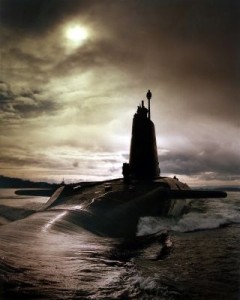 Being An Unvarnished State of The Union….

“It is simple. This is America’s middle class. We’ve hacked at it and chipped at it and pulled on it for 30 years now. And now there’s no more to do. Either we fix this problem going forward or the game really is over.” – Elizabeth Warren; Chairperson – TARP oversight committee

Tonight, Barack Obama is going to step up to a microphone, and try to tell the world, and especially those of us in America, why his presidency to this point has been a failure.

He has a lot of explaining to do.

The history of the situation is well-known to those of you who’ve stayed awake in class – the collective economic issues Obama faced a year ago at this time were the result of thirty years of Neocon rule, beginning largely with the excesses of Reagan, who believed, as naively as some of the characters in his early movies, that if you trusted the good in people and gave them the keys to the cash-register, that not only would the money be there in the morning, it would have been put to the greatest possible good.

Human nature did the rest, and successive attempts to implement this piece of naivete had progressively-more-disastrous results, to the point where we stood on the edge of collapse at the end of 2008.

The solution proposed by both the waning Bush administration and the incoming Obama regime was the same: Print money; give it to the perpetrators, and trust them, yet again.

Insanity, I’m told, is doing the same thing over again and expecting different results. If this is the case, thirty years of administrations have practiced a collective form of fiscal insanity; a rubber-room version of governmental finance which has placed us on the edge of the same situation faced by Germany in the 1920’s.

The bankers to whom this money was given – comprising the tax-revenues of our great grandchildren, among other things – have turned around and, instead of investing in American small business, parked it offshore, effectively betting against the country and its future.

The figures are not easy to find – but they’re out there, if you care to look.

The American auto-industry is gone; it’s been sold to people who speak Italian, German, and Japanese. The real ‘trickle down economics’ had its effect – all of the suppliers of these companies are now also gone, and along with them thousands of jobs. The auto industry is a macrocosm of the economy as a whole – in every industry, collapse is the norm, with very few bright spots (usually driven by government mandate).

Unemployment has reduced revenues to the point where deep cuts in everything (except the wars we’re fighting on borrowed money) are all but inevitable; Social Security; Medicare; and other social services are all on the block – in fact, one of Obama’s statements tonight will include a three year freeze on all non-military government spending.

Apparently, the public has spoken – many of these cuts are due to public-pressure, from people who believe that America is still a great nation, in spite of its bankruptcy. Over half the nation wants the war in Afghanistan to continue; the expenditure of more blood and treasure will be the result.

Crime, in nearly every American city, has skyrocketed. Every night here in Portland, there are several reports of stores robbed; people mugged at ATM’s; banks jacked-up for what’s in the till. There’s one bright spot in retail – gun-shops are doing a land-office business, along with pawn shops where people are selling everything from heirlooms to TV’s, either to buy those firearms or to stay alive.

The real unemployment rate is somewhere near 25%. While the government owns up to somewhere around 17%, they’ve left out a lot of people – including the ones who are now the new residents of tent-cities which have sprung up just off the interstates all over America.

You no longer see the tea-party people.  Why?

There’s no need to stay on the set when the film’s in the can – and the tea-party types know that health-care reform is a distant memory; the New Deal (or what’s left of it) is finally in ashes; fiscal-regulation is gone; the bankers and brokers are celebrating, and (ironically) the increasingly conservative working-class in America are supporting this lunacy.

As Gary Hart said recently, “Those who claim to love their country the most, but who hate its government, have finally got the country they want.”

Last year, 207 publicly-traded companies filed for bankruptcy – the largest number in American history. Personal bankruptcies continue to rise, regardless of the 2005 credit-card-inspired legislation making it far harder to do so.

Jobs were lost in December at ten times the expected rate – and the trend shows absolutely no sign of stopping.

Foreclosures are at an ‘official’ 10%+ – bad enough, when you consider that every one of these homes houses one or more people who will, if they’re fortunate, be able to rent an apartment, and if not, will be living on the street or in one of the tent-cities mentioned earlier.

The rate doesn’t include homeowners who filed bankruptcy, and for whom the formal foreclosure process doesn’t apply. Further, the rate of foreclosure is expected to spike in early 2011, to an ‘official’ rate of around one in four – with the real rate being close to one in two. Add to this the fact that over 15 million mortgages are effectively ‘underwater’ – more is owed on the home than it is worth – and the stage is set for a disaster which will effectively create a nation of renters and homeless people in 2011.

That’s right. Absent a miracle – mainly either free-market or government-sponsored job-creation on a Herculean level – every other mortgaged home in America will be in foreclosure by this time next year, with far more turned into ‘jingle mail’ (where the homeowner simply mails the keys to the bank and walks away).

Epilogue For A Certain President

Obama can sugar-coat this tonight – but he’s beyond the point of anyone believing him.

He will be right in this – none of these problems were originally of his creation. He inherited thirty years of Neocon rule, and he really had two choices: Be a one-term president and fix the problems, permanently, altering the landscape of America’s business and financial structure through the reimplementation of regulations and stiff medicine – or do what he did, which was to steal from our grandchildren to bail out the companies which, with Neocon deregulatory favor, created the problems in the first place.

My personal bet is that Obama has already picked his side, and he’s not going to correct the problems he’s exacerbated in his first year – he’s going to carve yet another chunk out of America’s middle class – and this time, there’s no stopping the dive.

Nope – it’s a double-dip recession with a cherry on top, and it’s headed our way, folks.

Astra Navigo – The solution was the same: Print money; give it to the perpetrators, and trust them, yet again.