Barnyard Rats and the Presence of Explosives 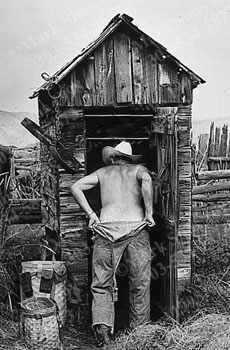 It was a heady time for America; 1963  – John Glenn had orbited the earth; we were top-dog in nearly every category worth mentioning, and Vietnam was a place on a map that no one had heard of.  It almost went without saying that anything that flew or went ‘boom’ was highly prized by boys our age.    It was in this spirit that my friend Ray rode his bike the two miles to see me on an overcast but dry day in July.

I was eight; almost nine.
Ray had the Original Article – M-80 firecrackers.   He’d procured these from Bert’s store in downtown Gaston (you might remember that All Things Contraband were to be found at Bert’s; no questions asked).

“Bert’s!”, replied Ray, almost exploding with anticipation.   “We should USE ’em on somethin’!”

I agreed.   We thought for a bit over milk and cookies, gratefully accepted from my Mom, whose only admonishment was to ‘be careful’ as we ran out the kitchen door, brimming with ideas.
“Let’s go over to Old Man Piper’s!”, I said.  “He’s got plenty of space.”    Old Man Piper owned what had to be the poorest-run berry-farm in Oregon.   He was also a Rotten Onion Farmer (at least, according to my Dad, who knew more about such things than I ever cared to).
We walked down the gravel road leading to our house from the main road.   Once we reached the main road (about 1/4 mile, although it seemed like forever to a pair of nine year olds) we ran across to the other side – this was forbidden territory, for certain — we were now on Old Man Piper’s place.

Best thing to do was to take the trail – which was actually just a bare patch next to his driveway – and circle up past the sheep pen and over to the now-empty berry fields.

In June, it was quite another matter.   This was during the time when kids were actually allowed to go get work where they could, and use their berry picking money for everything from school clothes to toys if they felt like it.   June was a time when kids from all over the area were picking berries at Old Man Piper’s place — July, merely a month later, and the fields were barren of anything resembling human effort.

Both Ray and I surveyed the area, remembering that only a month earlier we’d gone to sleep with visions of berry-bushes in our heads – we couldn’t close our eyes without seeing a berry-bush, and we thought we’d NEVER get our jeans clean again from squatting in the dirt and picking; endlessly.

Today was different.   Gone were the buses which brought kids from town; gone were the large coolers of iced water – gone were the stacks of berry-flats and the bustle of the counters who punched the red tags which we jealously guarded with our lives, because those translated into money.

Now, the place was deserted.   I wondered, in my own way, what the place might look like in winter, with the trees bare and the dirt turned to mud from the dust that now covered our tennis shoes.

“Lookit!”, said Ray, pointing.    I was jerked from my reverie and followed his outstretched arm, seeing what was beyond it — an outhouse.

“It’s Old Man Piper’s shithouse!”, said Ray, barely able to contain his excitement.   Ray was fond of barnyard language; something which I was forbidden to use in any event.

I laughed, and rapidly caught his excitement.    No one was there.   Old Man Piper’s car was gone.  We had the place to ourselves.

Old Man Piper had eschewed things like indoor plumbing — he still got his water from a well, and still used what had to be the only functioning outhouse in the area.    He kept sheep and chickens and had a milk-cow on the far side of things.    As far as we knew, he was nearly a million years old.

We’d circled around and came at the place from the back side, imagining ourselves to be Green Berets or something similar.  Ray peeked up over the small rise in front of the trail – and across from it, the Outhouse.

Still no one in sight.    I knew, without asking, what Ray had in mind.
Without a word, he handed me two of the M-80’s and a book of matches.  He already had two others in his hand.

“Should we be doing this?”, I asked.    I was thinking about kindly Old Man Piper, and where he was going to relieve himself once we’d deprived him of his outhouse.

We got up, and dashed to the side of the outhouse.   It stank abominably, and there was some vague scurrying inside….

“RATS!”, said Ray.   I thought the whole world heard him.    “Keep your voice down!”, I nearly shouted, oblivious to anything but the scratching and squeaking inside.

Now, this had become a Mission.   We were, suddenly, justified.  This wasn’t about mindless vandalism.   We’d both neatly transformed our behaviour into some form of County Health Project — we were going to rid the area of RATS.

Big rats.  We could hear ’em.
I held my M-80’s together, so I could light both fuses with one match.  Ray had his out, and a separate matchbook.  We lit together; dropping the explosives through the vent-hole in the top of the door.    The only thing we couldn’t do was hold our noses.

We ran – giggling as only nine-year-old boys can do — and dropped behind the small rise, rolling over to watch, just as they went off within moments of each other.

Orange methane-flame boiled out of the vent holes at the same time the door flew open.  Rats shrieked and ran in every direction, having already found a way out from underneath the siding.   Four of them, clearly terrified, ran right toward us.  We swore – later – that they had huge, red, malevolent eyes; their powerful haunches propelling them like mutant buffalo right toward our place just over the rise.

This was something we hadn’t counted on.
We got up and ran again — this time, feeling that our very lives were in danger of being overrun by mutant, angry rats.   We ran down and around the trail – to be met by four sheep, which had pushed the pen over and ran, terrified themselves, for the woods.

We thought that was a pretty good idea ourselves.
We ran to the woods, just on the other side of the sheep, which screened our movement from the main road.  We reached the first stand of trees and stopped to catch our breath, looking back at the outhouse.     Thankfully, it wasn’t burning – the wood had been permeated by almost twenty years of ‘moisture’, and simply wouldn’t catch fire.

The door was off its upper hinge, and there were tendrils of smoke coming up from the vents.   Beneath it, I thought I could still see rats milling about.

I knew where there was a creek just a few yards away.   The sheep didn’t enter the woods; they were content to mill about and wonder what happened.   “Come on!”, I said to Ray.   “This way – to the creek!”   We headed down the hill through the brush until we reached the creek, then hiked along it until we reached the road.   We walked up the road until we reached the back side of the gravel road which eventually led to the house.

Ray and I walked up the road, wishing that blackberries were in season (they’re not ripe in Oregon until August), and thinking we’d just pulled off the Biggest Raid in History.

Getting home, we wasted no time in chaging our clothes and saying ‘hi’ to my mother again, who had more milk and cookies waiting.

After assuring her that we’d had a good walk, and that nothing had happened, I said farewell to Ray, with the promise that if I didn’t see him soon, I’d see him on the first day of school.
Old Man Piper came home the next day from visiting relatives.   He never learned who blew up his outhouse, and he never suspected me.
He did, however, tell my Dad that it was a blessing in disguise.
“I don’t have any more rats.”, he said.

It was 1963.
It’s funny – at least to me – but so many things in life turn not on dates-on-a-calendar, but on Big Events. The Great Outhouse Raid of Summer; 1963 was one of them