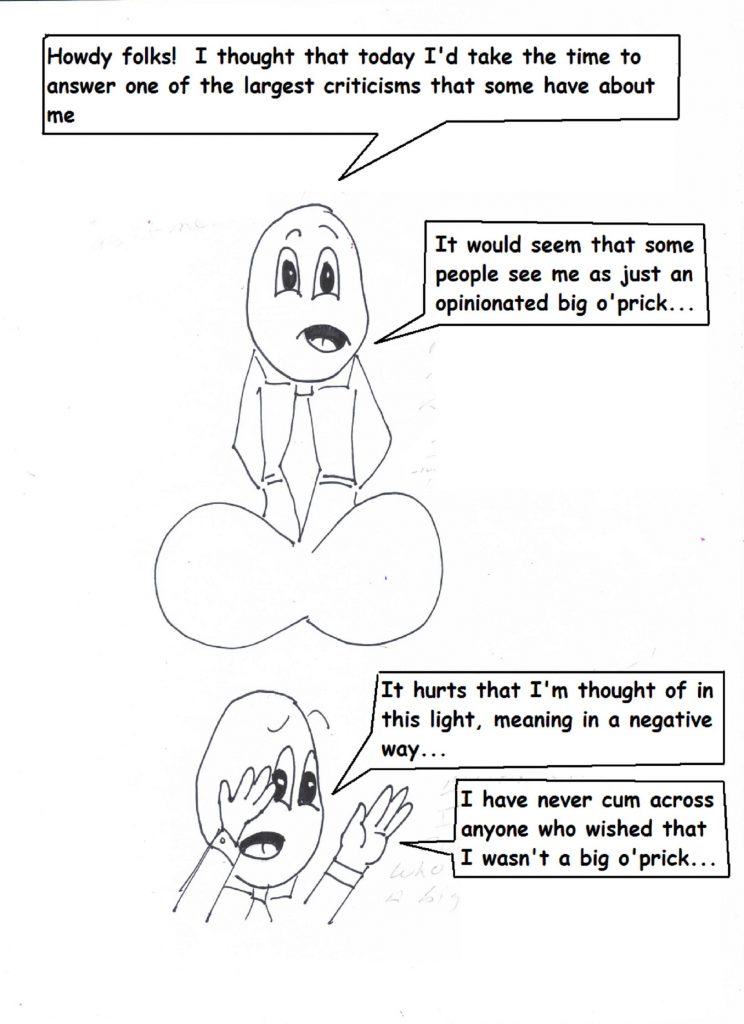 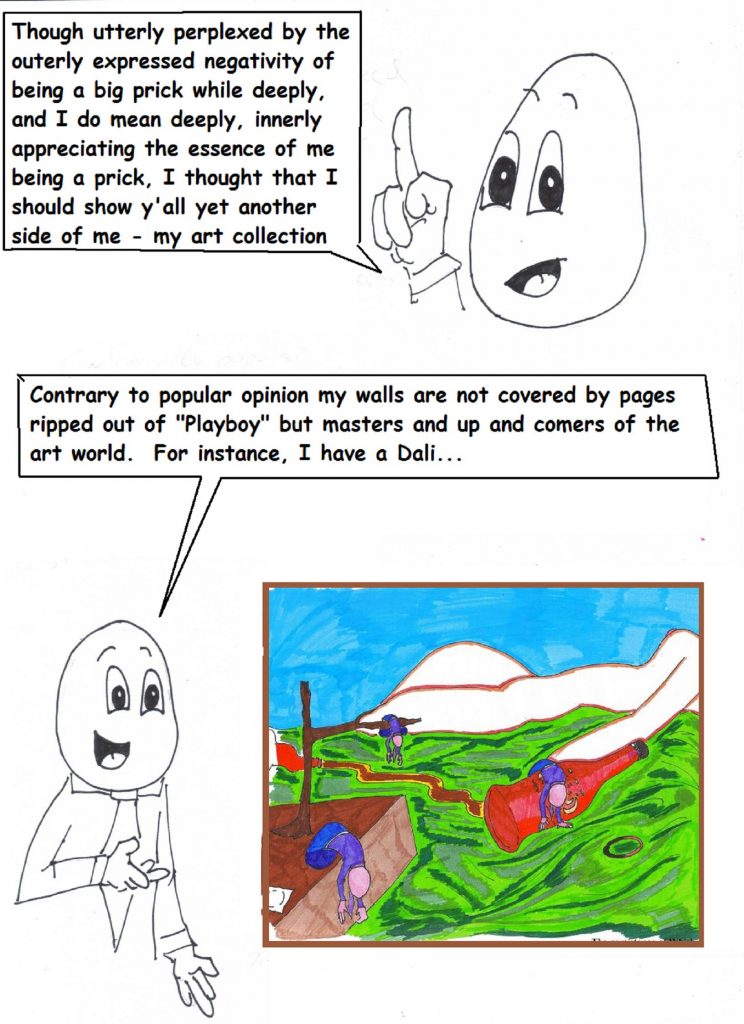 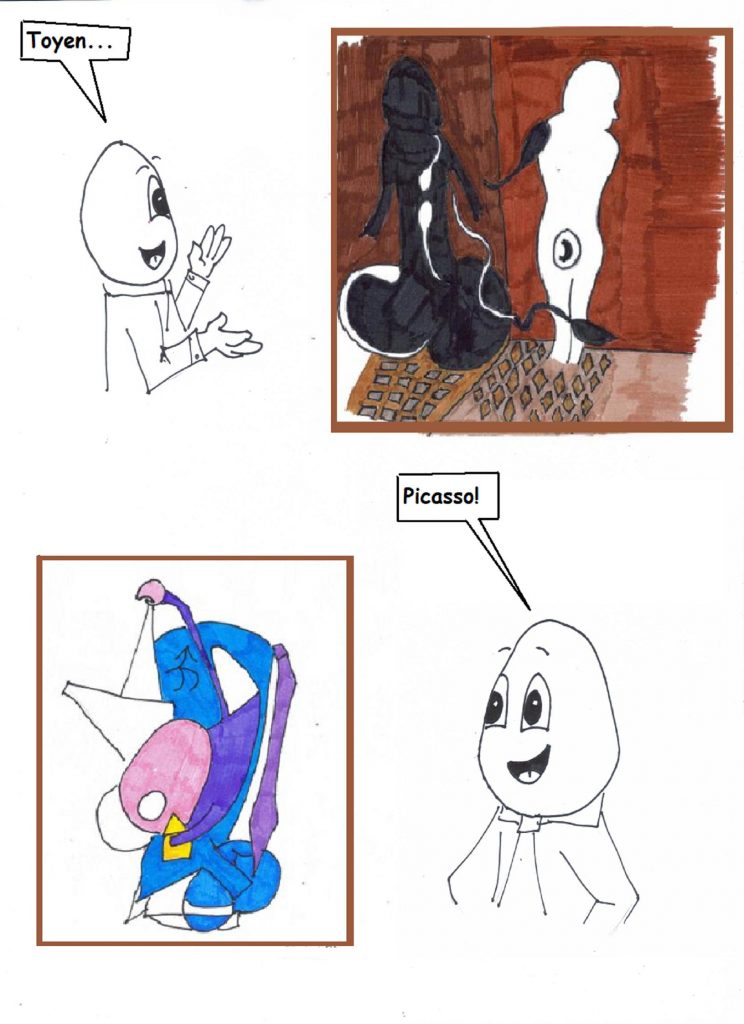 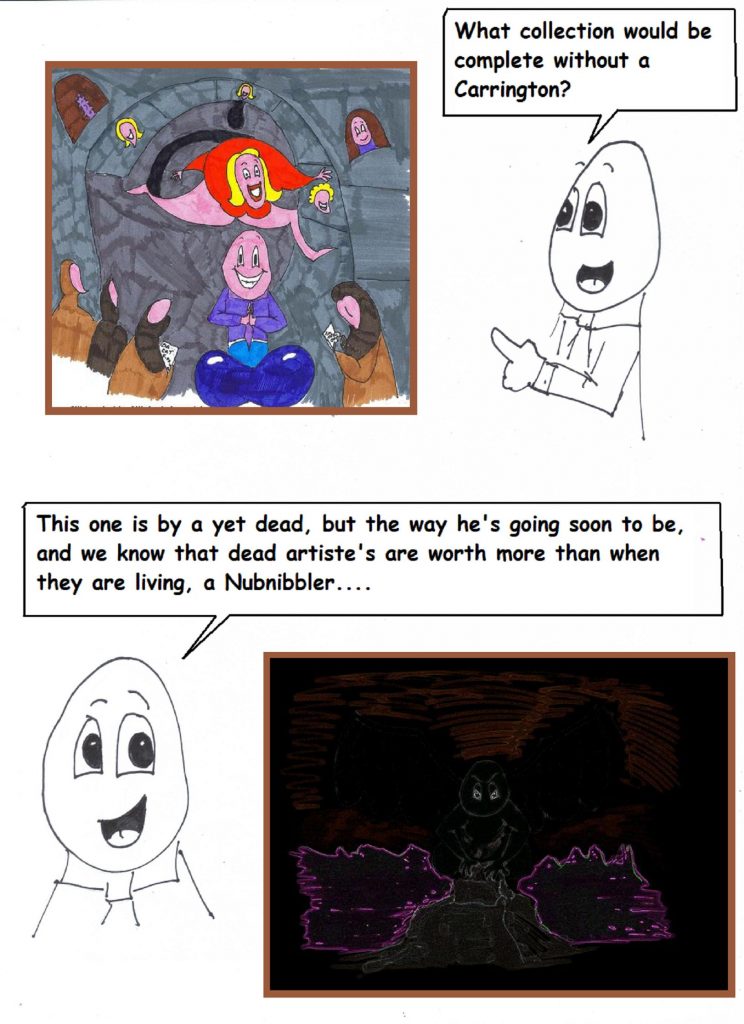 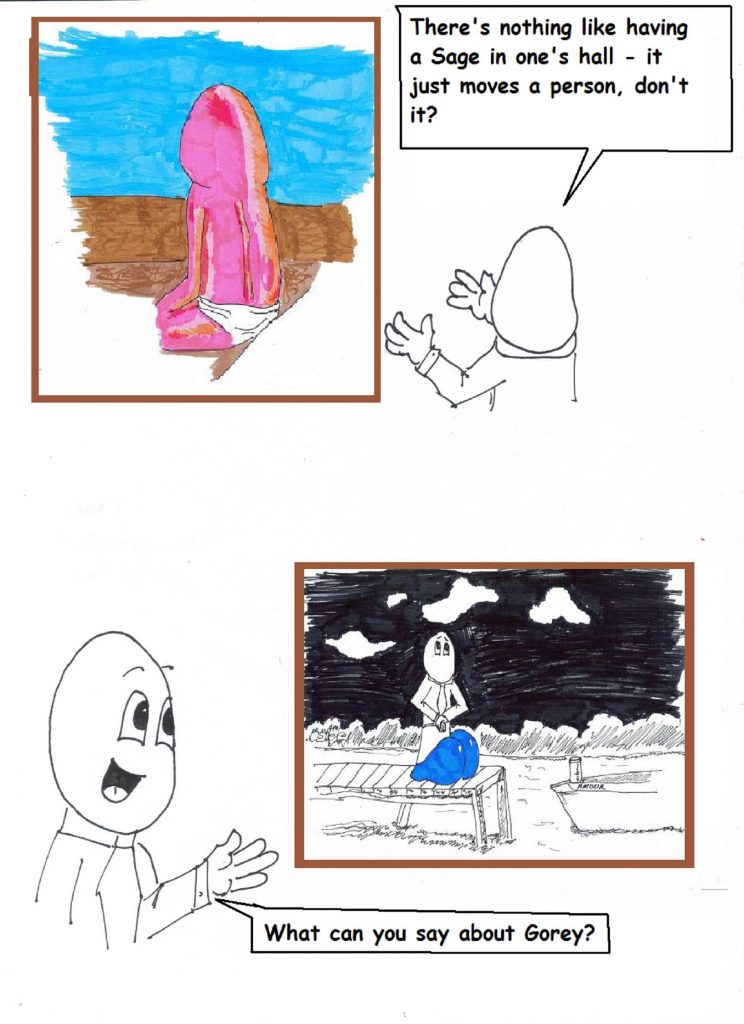 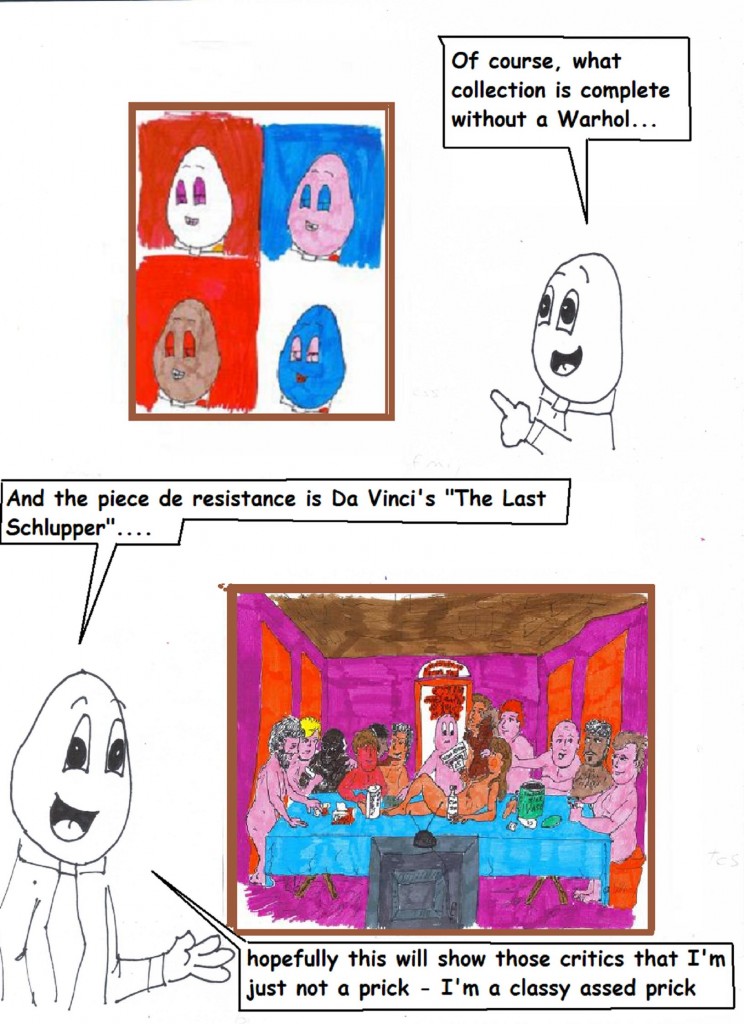 I’m delighted to know Dr. Phal has such excellent tastes in art and is knowledgeable of all the best there is in contemporary media. It fortifies my faith in his intellectual, professional opinion. I’m worried about the fate of Dr. Phal, however. Will he be able to survive the subversive influence of nanny state Internet laws?

Yes, I am very concerned that Dr. Phal will lose his audience down under. (you can take that and drive it home.) And Ireland where clearly he would be broke due to the Blasphemy laws.
Dr. Phal what plans to you have to make sure your prickishness will still be available to all?

Ya know, sometimes I look at what countries are doin’ “in the name of their citizens” and wonder if they don’t realize that even a deaf, blind, one legged dog ain’t about to stop lickin’ himself on account of his limitations. First of all, I want to address Australia’s nanny internet act considerations. I have some hope that since it will not be introduced until sometime later in the next few months that there will be enough public pressure on the legislators, particularly Communications Minister Conroy, that this kind of governmental interference is not what the Australian people wish the government to provide to the citizenship. It would appear to me that the internet is something far larger than Conroy wants to admit it is; it is ingrained for the majority of citizens as a part of their daily routine. The internet has become in some ways not a privilege but a right in that for people and businesses to survive it has become a necessity to have a site with their information on it. I am not sure how it is in Australia, but I assume it has followed Canada’s route in that for gas, utility, cable, internet, phone, credit card bills are all done on line with a person having to pay a ‘paper’ fee if they do not wish to simply receive their bill in their inbox. It is not only businesses but government as well – things that used to be done by mail or a phone call are now done on line.

How do you define what would be considered within the contexts of a nanny law? If you cut off international sites from viewing to your citizenship do you create a further problem within your own country because whether a government minister or perhaps a committee think the information is unnecessary or counter to what their beliefs are? By restricting sites via your countries servers do you create a market for wireless competitors in a nation that isn’t stymied by your laws? I wonder how many Australians would take a look over at internet providers in Malaysia?

“He or she publishes or utters matter that is grossly abusive or insulting in relation to matters held sacred by any religion, thereby causing outrage among a substantial number of the adherents of that religion.

He or she intends, by the publication or utterance of the matter concerned, to cause such outrage.
It is a very murky wording at best, perhaps intentionally in order to fit the needs of whatever the governmental hacks wishes are at a given time.”

Let’s look at the world around us today and ask ourselves what could be considered offensive. This morning the Catholic Pope presented a speech to the diplomatic corps in which he said,” The denial of God distorts the freedom of the human person, yet it also devastates creation. It follows that the protection of creation is not principally a response to an aesthetic need, but much more to a moral need, inasmuch as nature expresses a plan of love and truth which is prior to us and which comes from God…If we wish to build true peace, how can we separate or even set at odds the protection of the environment and the protection of human life, including the life of the unborn?” Could not his words be construed as offensive to not only atheists but evolutionists, the pro-choice movement, planned parenthood organizations and those who are infertile as well? Will his words, because of the high percentage of Roman Catholics residing Ireland be seen as acceptable or will the Pope be chastised by Ireland’s Justice department? I bet a two-four that anything that guy has to say will be allowed to be said whilst those who are on the other side of the septic tank ain’t gonna have the equal opportunity to say so.

I would suspect that there would a large grey area that ones such as myself could maneuver rather comfortably in that would not be considered a discretion of the anti-blasphemy law in Ireland…if it were not that the administrator of the act, Ireland’s Minister of Justice, Mr. Dermot Ahern. Why would that be of any matter? The boy’s a fancy schmancy politician, no doubt, however, he is the type of person that can put things nicely that aren’t so nice –and just plain scary when you read between the lines.Here is what Mr. Ahern had to say on June of 1993, during a debate on same sex equality issues:

“I am not being intolerant in my remarks. Anyone who knows me well knows that I am a very tolerant person. As legislators, we have a duty to legislate for the common good. We seem to have reached the stage where we are legislating for pressure and minority groups. We have a duty to consider what is in the common good of all the people and to legislate for that. We should not legislate for hard cases, I do not say this in any intolerant way but we should legislate for the common good.
Reference was made to our international obligations. We have a duty to legislate for the standards and norms which we regard as appropriate for the Irish people. This does not necessarily have to include all the people, but we should strive to achieve a certain standard and norm in our society. The Houses of the Oireachtas have the primary function of laying down rules for the people and the standards they should strive to achieve, and we should never forget that.
I quoted from Article 41 of the Constitution which deals with the position of the family in our society. Many countries, including Britain, are now looking at why families are breaking down. The tragic murder of the young Bolger child in England led to people questioning why society is breaking down in that country. One of the reasons given for the breakdown of society is that the family unit is breaking down. We should strive to protect the family unit as the primary unit in our society. That is not to say that families do not break up — of course they do — but we should aspire to attain that. I think most Deputies would agree with those sentiments.
It was stated that we would be in breach of the charter of the European Court of Human Rights if we did not introduce legislation to implement its decision. I do not for one minute accept that we have to implement this decision. Britain has decided to derogate from the Social Charter and, in effect, from European monetary union. Yet, business is still being conducted and no one seems to have taken the British Government to task for this.
Much play is made of the word “equality”, for example, equality in regard to the age limit. I wonder if this issue will end here. Will the pressure groups which have succeeded in having this legislation brought before the House stop here? I think not. Will we eventually see the day in this country when, as has happened in the USA, homosexuals will seek the right to adopt children? We should think seriously about this possibility.
I have a problem with the age limit of 17 years. I appreciate that the Minister is endeavouring to equalise the age limits for both homosexuals and heterosexuals. However, under the child care legislation passed by this House a child is defined as anyone under the age of 18 years. We should bear this in mind.”

As I said, nice scary guy. I suppose for those in Ireland who may peruse what I have to say and wonder if somehow I would be stopped from doing so – I don’t think that is too much of a concern at this point. I would think that the couple of challenges of the law as it is now will cause the law to be either watered down or be retooled with specifics in what publishing or utterances would be considered into with the constraints of the law. I would also have to say that at some point the Minister of Justice is going to have to look at a recommendation by the Oireachtas committee on striking down the definition of the term “blasphemy” from governmental directives last July.

To sum it all up nice an’ purty – Both the Irish and Australian governments are forgetting an axiom in the development of a responsible socially aware global populace: you can’t hide or kill ideas. There was a time that thinking that the Earth was not the center of the universe was offensive; there was a time when it was offensive to think one would not sail off the horizon – but continuous challenge to those precepts caused an eventual re-conditioning of the original ideas to those that we hold today. The internet, hell, people in general, is a mixture of dream, reality and nightmare. Within words printed on a screen one can read things that inspire, make you aspire, perspire and repulse but as long as there is a degree of validity to those words they should make a person think about what their own beliefs are. If these two nations want to see what their future holds they need to look no further than Iran. Even though there is an extremely tight grip on the internet servers in that country there obviously is a flow of information to and from that country – not as open as ours currently is but one can read about the violence on the streets of Tehran just a couple of weekends ago when there were protests against that nation’s government. Another example of a government that is heavy on the restrictions of internet – China – yet that country has an astonishing 28% share of downloaded porn going through its lines. Morality and immorality find their ways, buckos, ain’t no two ways about that. By attempting to erase all what some suits figure is wrong or unsuitable, it is simply driven underground and instead of someone being responsible, it becomes something without a face. Call me a wee bit prickish but I like my face and plan to keep on using it.