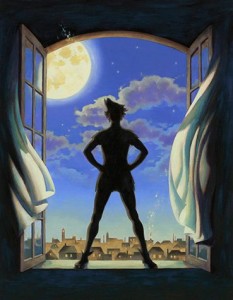 Most every town has one, a man; a young-ish man somehow suspended between boyhood and manhood, who becomes the voice of the youth, the leader of the pack, the Peter Pan. In my hometown and in my generation this individual was called Ted Shredd.

Ted may have grown up in my town or he may have come here from somewhere else, I am not entirely sure. I first started hearing his name when I made that adolescent leap from grade school to Jr. High. It was the eighties and while the world was dancing around dangerously to Duran Duran and Falco, I was more enamored of the types of music I had grown up with, the blues, bluegrass and a whole lot of classical. It was clearly uncool to admit that I liked this type of music, so I found myself gravitating to anything anti-radio music. The underground at the time was full of punk-rock and reggae and just a beginning of what would become hair bands.

This was how I first heard whispers of Ted Shredd, it was through musical connections. Kids full of awe would in almost sacred whispers ask if anyone had seen Ted Shredd this weekend. Having just seen this mythical creature was a badge of honor; those who had actually spoken with or had the honor of hanging with him were instant campus celebrities amongst us, so much so that some would make up supposed nights out skating around town with Ted.

It wasn’t until High School that I ever actually saw or met Ted Shredd. He was a Night creature, standing so much taller than the rest of us, his height accentuated by his mile high Mohawk designed by Elmer’s glue and dyed the color of the week, it was whispered with Jell-O. Soon we were shaving our heads and breaking into the pantry in an attempt to dye our hair with sticky dessert treats. When Ted Shredd showed up with his ears pierced we broke out the needles and ice and pierced ours, holding the holes open with safety pins just like Ted. When he got more holes, we got more holes. Of course we all affected wisdom in the fine art of skateboarding which was where Ted took his name from.

He was often to be seen just like a Fey creature out of the corner of your eyes racing along downtown streets with a gang of street rats trailing behind. An urban Pied Piper on four wheels. Mostly those around him were boys, 12-16; Lost Boys, but there were a few Tinkerbelles as well.

By the time I was out of college and having kids there was a new Peter Pan in Town, his name was DNA. DNA was a different Peter, he was a productive one. Manically so.

DNA also was whispered about in school playgrounds by boys nearing manhood, but he was much more accessible. Maybe he had been one of those Lost Boys of Ted Shredd, I never knew. But I watched with interest as he pulled the youth of this community together to make some really important things happen.

By this time skating had become a crime. You could not ride your board down any side walk or public area anywhere in town. The youth were not welcome in coffee houses that were more geared towards post college followers of the television show “Friends” (NBC ©). DNA got behind the youth and helped to make a skate park possible in an accessible area of the town, no less.

He also brought music to town. Our town has always had music in it, Billy Idol had come here on his first American Tour quite a coup for our little college town, when Rap Music became popular, we became a stop-off for acts like Ice Tea. But these were all college geared concerts; teens were not welcome and had to sneak in. There were no mixed age venues to watch music other than concerts in the park, and the youth of the late 90’s were not interested in Barbershop quartets and the hippie stylings of the longest playing local group Spark and Cinder. DNA saw this and pulled together his own events production company to bring music to town. He, with a lot a help and a lot of hours at city council took over a landmark but failing cinema and made it a music venue that pulled in at first off label underground bands but nowadays brings bigger names to town.

All the while he could be found at Farmer’s Market, talking to the youth, buying their mistletoe at Christmas time, listening to their concerns. I would see him out at night with the street kids, letting them know they weren’t throw aways; they could come along for the ride with him for as long as they could keep up. I watched him from afar, I was no longer young but I liked what I saw, a new Pied Piper for a new generation. He was not as Fey as Ted Shredd, but neither was he in anyway grounded.

Not too long ago I looked about and found that this generation has no Peter Pan, not in my hometown. That worried me. Unlike other so called feminist of my age I am not concerned with the Peter Pan syndrome. I have always thought that it is better for a young man to stay in that stasis as long as he needs to. In fact it is better for all of us. We will all of us grow up all too soon. There is something to be said for soaking up youth and bringing more of it with us to our adult lives, when we are ready. We do not need to push our men into being something they are not prepared to deal with. I have a suspicion that this is in a lot of ways responsible for the decline in some men’s attachment to family, the video game obsessions the vicarious living and most recently the dream state that our nation has been in, as if we disappeared into a party and don’t want to go home.

Also of concern to me is there is no lack of Lost Boys. They are still there, huddled under bridges, roaming streets, sleeping in doorways, but they have no leader no direction. They are angrier more dangerous in their disillusionment. They roam around committing violence indiscriminately and are using drugs and sex more dangerously to numb their pain, uncaring of any future because they cannot see one.

Ted Shredd like any mythical creature disappeared quite suddenly. Maybe he was ready to grow up and didn’t want anyone to know it. Those of us who had been his fans saw the signs. It began when he took a job as a DJ at a well known dive bar. He was very very good and being in college at the time, most of us could be found there on nights he was working. He bought a VW van which he mostly lived out of, instead of whatever magick place he had disappeared to before. One day he simply drove out of town.

DNA grew up too, kinda. He got married, had a family. He began writing a weekly article for our alternative newspaper. He wrote two books, and published them himself. Both are about what happens when the Messiah turns up in our time. They are incredibly hard to read, schizophrenic in the extreme and very true to DNA. There are messages there for those who want to come along for the ride. You probably will never be able to buy one. I have only found one that he donated himself at the local library, but if you someday come across a book in some hole in the wall bookstore titled” Memoirs of the Messiah”, pick it up, give it a try.

It was good, they decided their times. But nobody has yet grabbed this torch. I feel as if our youth are in limbo in an unexplained place. They have no special Pied Piper of their own to show them how to burn off steam, they don’t want to hear from us and really we are not the right people for the job. They need a leader who has recently been where they are at, who understands their unique challenges and cultures.

For now I guess I shall have to hope that like Wendy, my telling his stories will bring a new Peter to the window, intrigue him, and make him want to check out the scene. I’m afraid of what might happen if he doesn’t come soon.

*Author’s Note: None of the names here have been changed. These are and were real people. If Ted Shredd and/or DNA would like to add to refute or address anything written about them here, our Submissions are ever open on our proboards and I am waiting with baited breath to publish them. You guys are amongst my heroes.

By: Grainne Rhuad
Most every town has one, a man; a young-ish man somehow suspended between boyhood and manhood, who becomes the voice of the youth, the leader of the pack, the Peter Pan.