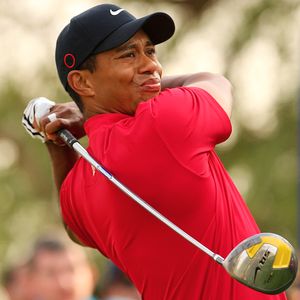 Not long ago the news carried a report of a lake in a city not far from where I live. What made this lake of particular interest is that it will have to be drained because it has been found to be home to the omnivorous piranha. Someone in their profound stupidity has seeded that lake with this South American fish. The fear of course is a reasonable one. As these fish propagate and become more numerous, they will become a menace to the other fish, to animals and to unwary humans. They can attack and denude to the skeleton. Their very presence needs to be addressed. But there are other feeding frenzies, and because they do not come from nature they are not only vicious but are also shameful. I am reminded of the piranha as I see the headlines and hear the newscasts. But there is a difference, the fish acts from his nature. The devouring of a celebrity we witness is generally inspired by a combination of greed, jealousy and quite possibly darker motivation.

We have seen it time and time again. A previously unsullied and celebrated figure is found to be a human being and the feeding frenzy begins.

In the matter of Tiger Woods and his marital discord: I am not a huge fan of Mr. Woods… no more than I would be for any person who has achieved the very dramatic and unprecedented heights he has been able to reach through discipline, effort and grit. I am not a huge fan of golf either, but Woods has done more to foster interest in the game than anyone who has gone before. He sits alone on the summit as arguably the best, or certainly one of the best athletes of his time. He was ripe for the picking.

Until the last few days, Mr. Woods was seen as a happily married man. He has a beautiful wife and children. He lives in private splendor on an island that only the wealthy can afford. He is admired and envied for all of his achievements, and that admiration is felt throughout the world. He has/had it all. He was ripe for the picking.

It all came crashing down because the man proved to be a human being. My god, he has faults. Tiger has marital problems. So what!

So, this: When our culture elevates a man to the pinnacle, we enjoy seeing his success. But even more than that, we seem to enjoy his fall. We enjoy seeing him crash to the bottom of the heap. The founder of the Christian philosophy has said “he that is without sin, cast the first stone.” In what is purported by so many to be a Christian country (grist for future blogs) we have all become expert stone throwers.

Tiger Woods has led, to all intents and purposes, an exemplary life. After tabloid speculation and what became a very public automobile accident, he has admitted to failings in his marriage. That is certainly the business of Mrs. Tiger Woods. Whatever agreement they are able to come to as relating to their marriage is no one else’s business. It is not the business of the Enquirer, the Globe, the Star, Entertainment Tonight, NBC, CBS or ABC News, CNN or FOX. It is not the business of any of these entities that have made it their business. It is not my business, nor yours. I hate this trend in our culture where the tragedies of others become gossip and a joke to us.

The question that resounds in my mind is this: How have I been made better by the loss of this man’s reputation. What has that added to my life. I submit that for at least most of us, it has not added a whit!

Oh, and for those who will keep watching, eyes should be open for an open admission of contrition, an act or words that will show Tiger Woods is contrite in relation to society as a whole. If there is one thing this society eats up more quickly than the fall, it is the redemption

By The David Not long ago the news carried a report of a lake in a city not far from where I live. What made this lake of particular interest is that it will have to be drained because it has been found to be home to the omnivorous piranha. Someone in their profound stupidity…