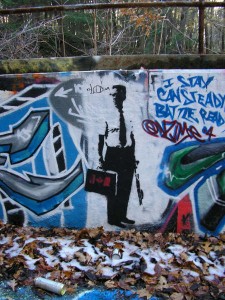 Another celebrity caught in a compromising position. You can always tell by the feeding frenzy. Like starved lions in a gladiator’s ring, the moment someone hits the sand it is on and doesn’t stop until bones gleam in the sun.

But these latest rounds of falls from grace have me thinking about the bigger picture of our society at large. The things we are jumping on people for mostly have to do with them falling down under acute pressure.

Remember Michael Douglas in that movie Falling Down.(1993). A simple man whose day goes horribly wrong, we find out later it wasn’t just one or two things but several things that caused his absolute collapse.

Recently people of all walks of life have been experiencing extreme falling down situations. Some of them garner media attention like Nidal Malik Hasan, the Psychologist at Fort Hood that went on a shooting spree. Or Tiger Woods, White America’s favorite Black Man, Mr. Clean who could do no wrong. Other’s get attention only on local levels. Like the man who recently drove a car through the Methadone clinic lab in our area. Most people escape reporting altogether, maybe their neighbors just call the police on them because they are yelling more at their kids, or maybe their spouses are up at night worried because they are on walkabout after behaving strangely.

The fact of the matter is the nation is in what I like to call Falling Down Mode or FDM. A lot of us are either experiencing it or right there on the edge. So of course like any other important life situation we want to see our big screen, sports, talk show heroes act it out for us.

A big portion of the population that feeds on these types of televised events are those who are themselves on the edge. We are a culture who has learned to live vicariously. This is good and bad. Sometimes it stops people from stepping over. Just taking a look at  Michael Richards yell Nigger at an audience releases pent up emotions people have been having, they may be emotions about hecklers, bullies, black people, being judged, whatever the case, it sometimes works to keep the viewer from acting something out themselves.

It can also work the opposite way, encouraging more people to behave wildly. Whenever there is a televised coverage of high school shooting, high school shootings and violence in general increase. When postal workers were getting a bad rep for knocking off their co-workers, other high stress jobs reported problems with employees making threats and sometimes acting on them.

Another problem with our FDM is as we begin to have problems we at the same time expect everyone else to be better than us.

This problem is painfully clear in the Fort Hood shootings. A therapist who spent his entire career taking in and processing the most heinous of issues from war crimes to family problems and had no outlet himself for these issues, being a military psychologist and bound not just by standard practice regulations but also military ones, somehow was expected to stay mentally healthy all on his own. This doesn’t seem realistic. It is the equivalent of eating a big mac at every meal for a year and expecting your heart not to explode.

Add to that he certainly had his own problems, we all do, and his heritage put him at a level of constant vigilant stress. We are not nice to Middle Eastern or even Middle-Easterish looking people in our country. It is incredibly possible he was constantly being watched and asked to justify himself.

But this problem is clear too in our celebrity echelons, as we saw this week with Tiger Woods, who was  from a very early age a focused athlete. That in itself takes a lot out of you, however when you become a brand you are no longer playing a game, you are working, who likes the pressure and let down of something you love and are good at becoming a 9-5er?

Andre Agassi spoke to this issue in his autobiography Open (Knoff, 2009) He, like so many athletes fell prey to their heart’s desire becoming work. He attributed drug abuse, relationship problems and injuries which continued to add to the cycle of this. When one stops to think about it, how do you think you would fare in similar circumstances, pushed to do something that no longer gave you joy, in real physical pain –because athleticism comes with that price, and not able to ever be off your guard, a lot of the times even in your own home?

For the rest of us we can walk into a pub and order up a pint, play some darts and get rowdy and flirtatious with the barkeep. We can also walk into a counselor’s office and unburden ourselves safe in the knowledge that probably nobody saw you come in or cares and your secrets will not leave the room. We can also mess up big and small and atone for it without the world speculating on our every move and purchase.

The situation is not helped out by other celebrities, people like Dwayne Johnson who remarked yesterday in an interview that people need to face that if they are in the public eye they are a role model and should behave accordingly.

Great, thanks Mr. Johnson, I’m in the public eye, so I guess my big role-model platform is going to be turn off the news and get a life. I am seriously flawed and I am fine with that.  Try to realize that athletes, actors, musicians, writers, politicians, armed service men and women, astronauts are all just people trying to do a job. You don’t follow your local burger flipper home to see what shenanigans he is getting into do you?

Things fall apart, people experience hardships, and we fall, all of us. It is a clinical fact that we and our families recover better when we separate reality from fantasy.

Let’s stop making emotional trauma our noveau side show attraction and start working on our own issues which are myriad. Taking pot shots at Tiger Woods, being outraged at Major Hasan is going to get us no closer to being healthy ourselves. It is in short making us feel like we are better at someone else’s expense and that is a self-righteous delusion.

By:Grainne Rhuad
Why do we watch celebrities fall from grace? Does it serve a purpose?