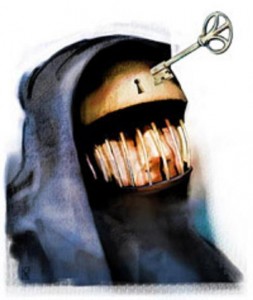 “She didn’t make it.  Sometimes I think God’s plan is for the best.”

This is beginning to the letter I received from a good friend who was so very distraught that her long-time friend had died.  We tend to think that cultural differences in gender issues are left behind when people come to America, after all people come here for the betterment of their lives right?  We want to believe that the cultural stew infuses everyone’s lives right away.  It simply isn’t so.  So many cultures hang on to beliefs and practices right here in the U.S. both for the good and the bad.  A lot of what is kept is very very good.  But sometimes we come across disappointing stories of women left in the cold in ways we normally associate with other parts of the world.  This is one story.  This is a true story.   The names have been changed to protect family members and loved ones of the community.

Afeefa is a third generation relative that I’ve known since growing up in Brooklyn, NY.  We lived at 53rd street and her family lived at 52nd.  She was beautiful.  Its funny how everywhere they’ve moved, we’ve fell into arms.  From Jerusalem to Cleveland.   She ended up marrying her first cousin at 15 and didn’t have a very good marriage.  Her husband, born and raised in Jerusalem came to America as a hungry immigrant.  I hate to say that, but over there, they grow up hearing stories of how easy and beautiful American women are.  They (boaters) come here anticipating the taste.  (Now, I’m not putting all of them into the same category, but I’ve seen enough to make such a claim.)  Shamefully, he neglected his wife and children through the years for the simple prospect of selfish desires.

Their relationship withered to continuous arguments, domestic violence, and emotional abuse.  Afeefa pretty much tolerated it all.  This year in February is when he drew the line and chose an Asian girl that he met at work over his wife.  He moved out and left her.  Aside from the lies he gave her subsequent reasons to justify his actions.  He would tell Afeefa how this woman makes him happy, how she listens to him and maintains a humble tone, pleases him sexually, prepares food for him, doesn’t complain about financial needs, everything his wife had not been capable of doing.  It broke her heart.

She would always tell me;”I see all of these women who have progressed in their lives, whose husbands have bought them houses and cars, and go home to their children and make it a priority to be a part of their lives.  Why don’t I deserve these things?  What am I doing wrong?  Do you think it’s me?”

Afeefa was a selfless human being that never said no to anyone.  No, was not a word that rolled off her tongue.  If you needed help, she was there.  Her children, God help them, were very well raised and had many of her qualities.  When I would invite her over for dinner, she wouldn’t sit or rest until the kitchen was cleaned.  She wished to have a house of her own, but felt that at least she had the ability to live in an apartment building.  “A lot of people aren’t so lucky.”

Seven months after her husband left her, he decided he was ready to come back home.  On Monday he contacted her family and notified them of his plans.  Her parents welcomed him with open arms.  Not even a lecture.  They just wanted to have their “daughter’s honor” unmarred.  It would relax them to know that their daughter wasn’t living alone anymore and people wouldn’t talk about her every time she would leave the house.  No more suspicions of Afeefa’s whereabouts.  It devastated her.  Aside from her working at a daycare and visiting with friends, she led a humble life.  Her parents didn’t even put up a fight, not even a word of objection towards his past behavior.  She refused his return.  Her family was forcing her to accept him back into her life.  Her mother and father had a trip to Jerusalem scheduled for Tuesday morning.  If Afeefa’s husband Munaf returned home they would feel secure about their daughter’s safety.  It was agreed that Munaf would go home Tuesday night.

Afeefa and her sister went to exercise Tuesday evening and on the way home, her sister Omera was insisting that Afeefa not complain about Munaf’s return.  According to her sister, they started arguing and throwing fists at each other’s shoulders while Omera was driving.  Omera recalls telling Afeefa, “You’re going to let your husband come home and accept it.  You’re going to make it work,” after Afeefa revealed that she hates her mother and feels that her mother did this so that she can go to Jerusalem guilt-free.  I have to mention something before I continue; Afeefa’s family also abused her, even after she got married.  She was very insecure and received a multitude of put down emotional abuse and sometimes physical.  Yes, physical.  Her mother treated her like a slave expecting her daughter to cater to her every whim and woe.  Basically, everyone in that family thought they were better than her, even her younger sister Omera.  Everyone thought they knew what was best for her.  We all told her that she didn’t have to tolerate such behavior, that she was a grown woman, but I guess some things are better said than done.

Omera and Afeefa were arguing, and Afeefa was agitated by her sister’s continuous disregard and disrespect for her feelings.  “I hate him, and you guys just want him to come home.  Just like that as if nothing ever happened?  I can’t do it.  It’ll kill me.”  They were near their brother’s house and Afeefa begged her sister to pull over, “I’ll have Nafi drive me home,” and her sister wouldn’t.  “If you don’t pull over, I’m going to jump out, she cried.  I don’t want to be in this car with you.”  Her sister was still yelling at her, they reached a red light Afeefa opened the door and Omera hits the gas to prevent her sister from exiting the car.  Afeefa falls out of the car and Omera kept going.  Omera would later tell the police that she saw her sister land on her knees and hands and assumed she was fine, that she didn’t want to upset the children by stopping for her.  Instead, she called her brother Nafi to check up on her.

An old man found her, and called the police.  He was so struck with fear and anxiety that the poor guy had a heart attack and they sent two ambulances.  Now we don’t know if Afeefa was hit by another car or not, but she suffered two skull fractures and a black eye, her brain was hemorrhaging.  She had no bodily damage, just cranial.  We don’t know how long it took for the guy to discover her body, but he found her on the curb.  She fell into a coma and died Thursday morning around 12:30 am.  Her husband, ironically, was the only one the doctors would give information to, although he hasn’t been there for her for the last year and he was the one that had them pull the plugs.  Her parents who had gone on with their trip to Jerusalem were finally able to return Thursday afternoon.  They were devastated by the news.  You don’t know what you have until you lose it.  We went to the mosque yesterday and made prayer for her, it broke our hearts to watch her leave as they carried her coffin and head for burial.  Women don’t attend the burial.

Editor’s Note: The Author’s name has also been withheld as asked and a ghost name used instead.

By:Nellie Zacharias
We tend to think that cultural differences in gender issues are left behind when people come to America, we want to believe that the cultural stew infuses everyone’s lives right away. It simply isn’t so.