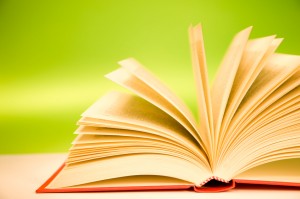 A book rather simply and aptly named The Novel was written by Richard Friedman in 1973. This was decades before the advent of Harry Potter and The Da Vinci Code, before the surging interest in historical fiction, before the use of the Internet to advertise authors’ works, before e-books, and before Print-on-Demand publishing. The author asks:

“How relevant does…faith in the future of the novel appear today…when magazines publishing fiction have nearly all gone out of business; when book publishers regard novels with the same anxiety or contempt formerly reserved for slim volumes of esoteric poetry; when most readers proudly say they ‘have no time’ for reading fiction? … [T]he greatest challenge to the novel in our time has been the movies and television. They have sapped the novel of its unique strength and stolen its producers and readers…devastatingly.”

Is the novel as we know it on the brink of extinction due to today’s media and other electronic stimuli? Does it need to reinvent itself? Should it pander to a quicker-paced environment, or return to a classical format? Are red-hot bestsellers really good for book marketing? Are they bringing about a Renaissance in reading?

In fact, I believe that authors like Dan Brown and J.K. Rowling are damaging to publishing and book selling as a whole. It seems as though the blockbusters attract certain people, taking a potential audience away from other, less-known authors. And it sets the bar at an unrealistic high for the authors who just aren’t those blockbusters.

I don’t think there’s a correlation between blockbuster sales and book sales in general for other authors. And I am unconvinced that the people who read these books will expand their tastes and read other works. I think these sorts of readers tend to be mainly a movie-going audience, interested in the latest “social phenomenon” type of book such as Twilight, mysteries by Dan Brown, or Harry Potter.

I used to be glad for Rowling’s success, believing that she was fostering a new generation interested in reading. It seemed so nice to see the American world become more “literary” through such an author and her phenomenal success. But Sara Backer, author of American Fuji, reminisced of a school librarian telling her that Harry Potter fans only read Harry Potter books; they simply were not interested in branching out and trying more books. In some cases, reading the latest Harry Potter book has become a social norm, not a reading pleasure.

Blockbusters set the bar too high for other authors, as they compete in the same arena. How can the very best novel of an unknown writer crack the New York Times’ top 10 list if Dan Brown releases his book at the same time? His work will remain in the #1 slot for perhaps a year, decreasing the number of other titles that can appear on the list. That is not to mention the bookstore tables Dan Brown uses up, crowding out the room for other titles. Book stores have spatial limitations and, there simply is not room for everyone.

This year’s best-reviewed novel sold 10,000 copies, while Stephanie Myer’s Twilight sold over three million. How do you become a blockbuster? It is a mystery. It depends upon that mystery goddess, luck. For myself, I have always felt that entertainment value plays a vital role in the arts. A good novel appeals on many levels, deeper meaning being one of them, sheer delight of words being another, but entertainment value not excluded.

However, what the audience will find to be of particular interest is continually changing. John Grisham was told there was no interest in court dramas anymore, and his first novel sold so little that he bought copies to give away as Christmas presents; many ended up in the dump . On the other hand, Dan Brown’s The Da Vinci Code spawned at least a half-dozen copycats and probably quite a few more. What is hot at the moment cannot be predicted.

There is no question that writers like Stephen King, Mary Higgins Clark, John Le Carré, and, yes, even Joanne Rowling faced their share of rejections and troubles, and I am always glad to see an author succeed. However, when said author puts out yet another humdrum duplication of their repertoire that crowds out a talented effort by an unknown author who could use this one chance, the system fails not only the new author, but adventurous readers as well. And then we hear the cry, “Why is America not reading anything new or intelligent?” The answer is on the shelves, when we use our limited funds in a poor economy to buy only the biggest book.

By Savannah Thorne
“How relevant does…faith in the future of the novel appear today… [T]he greatest challenge to the novel in our time has been the movies and television. They have sapped the novel of its unique strength and stolen its producers and readers…devastatingly.”

What is Past is Prologue