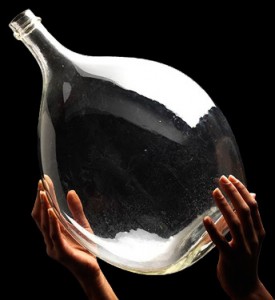 The staff here at Subversify is varied in their spiritual pursuits.  When we decided to take a look at what drives spirituality, of course we also had to work at putting into words things that normally we just feel.  This week you will notice our guest contributor Dharmacharya Gurudas Sunyatananda outlined some of the differences between ‘Religion’ and Spirituality.  The two are not necessarily mutually exclusive but spirit and spirituality can be a part of a person’s life without religion.  For the next couple of months on and off you will be seeing articles along the lines of spiritual exploration.  Please do join in the conversation.  If you have deep feelings on this issue we would love to entertain your submissions.  Just post them on our discussion board at http://subversify.proboards.com/index.cgi.

For this week, the staff and regular contributors are entertaining the following question:

What do you do to nourish your spiritual self?

Nourish the spiritual self! A somewhat different question than finding the spiritual self or seeking communion. I separate religion from spirituality. An acknowledgment of spirit does not automatically precede an attachment to religion. We feel a spiritual connection with musicians, artists and writers who have awakened a particular response deep inside us. We feel an awakening that is pleasant, bonding and collective. We feel a harmony with something that can’t be described in physical terms but is alive. The artist puts his spirit into his work and our own spirits acknowledge the presence. This spirit you feel, this soul, is what I’m interested in; not the particulars of religion. I think my spiritual self is best nourished when I go down to the ocean. I love water and will sometimes sit on the pallets next to one of my small surface springs, and listen to it trickling for hours. But the ocean presents another arena. The ocean has a voice; deep, low and grumbling. I don’t know how much of what it tells me is real, truthfully, and how much is fantasy, but the ocean is filled with stories for those who will listen. Each return from an ocean visit is a transformation in some way; an observation I had never made before even though I’d passed by a thousand times, an emotional spark that wakes all my sensations; the taste of salt, the feel of moisture, the sound of the booming cliffs, the vision of the rolling wages, and then!  Then, a translation of all these sights and sounds into language.

The things the ocean tells me are often amazing. Some, I suspect are fables, generated for its own amusement. Some are the memories of lost lives or the hopes of the future. Some are histories, strangely different from we present now as truth.

I realize in this moment, I’ve never lived far from the ocean. When I first arrived in the Continental US, I lived in North Carolina. I went straight from the East Coast to the West Coast, never passing go, never collecting my two hundred dollars. The most comfortable I ever felt during my travels was with my visits to the Isthmus of Tehuantepec, that narrow stretch of land in Mexico’s fish tail shape, before it fans out into a fin. There are only fifty miles from the East Coast to the West Coast in that narrow savanna of pineapples and sugar cane. The air smells incredibly sweet. It’s almost like being on a tropical island except for the bridge of land that connects you to the north and south. Not only are you at a junction between two mighty oceans, you are extremely close to the Equatorial Zone, placing you at in a neutral area between the north and south. It’s not a place I can stay long because it’s like walking into a giant, outdoor sauna, but when I leave, I feel completely filled to the brim with a sense of spirituality.

I read encyclopedia texts on religious history and world history. I’m becoming quite addicted to it. I’m currently involved in ancient Judaism politics and must say I’m pro Ishbosheth.

I also enjoy nature, which is the only true proof of any intelligent life outside this planet. (Or including this planet, come to think of it)

I “Do” things.  When I am in a place where I feel spiritually depleted I listen carefully.  I feel intrinsically the internal self knows what it needs.  How I go about meeting these needs are different at different times.  Like Karla, the ocean never fails to feed my spirit.  I do not think I can put better words to it then she already has.

However for me motion is a big part of nourishing my spirit-self.  I once read that when we feel emotional we need to move, that’s why you find the word “motion” in “emotional.”  I can’t remember who wrote that, but it rang so true to me that I remembered it.  I walk to think.  I do Yoga to collect my feelings.  I help others when I feel lonesome.  “Doing” is what makes me feel connected to a bigger something while at the same time tethering me to the Now.

I go back to the land of my birth, Drumheller, in the Alberta Badlands when I need to replenish my soul. I walk the trails, wander the Royal Tyrell museum, and climb the hoodoos just to remind myself that I a mere speck in the universe. I have a tendency to take on the delusion that I have responsibility for much more than I do which wears me down so I need to “put myself in my place” as very few people dare to try to do so. For a quick fix I lie down, close my eyes and blast a combination of The Ramones, ABBA, JJ Cale, Teenage Head and Mojo Nixon. Music for me is very much like a leech; it draws out the poison of I have ingested from society’s snakes. Mind you, getting a blowjob acts very much in the same manner….

“I wanted to live deep, and suck all the marrow out of life.”

As an atheist, you might figure I’d have a different take on these things.

I don’t have a ‘soul’. Nothing of me will live on when I’m gone – I imagine the energy of which I’m made will become part of the Great Whole, but as far as anything sentient – I’m toast past my last heartbeat.

In fact, it’s not immortality, but death which gives life its meaning. Think for a second – what’s the one thing people do when they learn they have a fatal illness?

Now, why do people do such a thing, when they know they’re eventually going to die?

That’s right. Because most of ’em have taken up with an imaginary-friend, the spokespeeps for which have convinced them that yes, Virginia, there is a Santa Claus, and a cosmic do-over when you die.

I know something they don’t.

I’m gonna buy it. And, when I do, there’s nothing left.

Because of this, I do things. Things I’ve ‘always wanted’ to do get done. Not because I’m selfish, or manic, or anything else – but because this is the chance I’m going to get – the ultimate Only Chance To Make A First Impression.

In the end, this is also how I ‘nourish my spiritual self.’ I do things. I do them because I know I won’t live forever. Thoreau, when he moved to Walden, understood the immediacy of the thing; the value of telling the world, ‘Take your best shot, but I will live while I am here.”

Not all people figure this out.

I’ve several high-school classmates who never did – they drifted through life; laughing at everything. While I’m sure there’s a value of sorts of thinking that everything is funny, there’s a cheapness to life when it’s lived that way.

These people never understood life’s enormity – or its immediacy. As a result, they’ve squandered it.

“Get busy livin’, or get busy ‘dyin”, said the character of Red, in ‘The Shawshank Redemption’.

What do I do to nourish my spiritual self?
So much in this world brings us down. We live in very dangerous and rather precarious times. We are not always in control of our surroundings. So it would be understandable if we were to focus on the physical and become more selfish. However that would certainly rob our inner self of all the beauty and wonder that is also available to us in this world.

Long ago I gave up the belief that the keeper of my spiritual side had to be found in organized religion, nor do I believe it is found in adoration of the Judeo-Christian vengeful God of my fathers.

For me, it a secular thing. My spirit is nourished by the beauty found not only in Nature, but in the creations of my fellow human-beings: Music. Painting. Sculpture. Writing. Literature. These things whose beauty can bring one to tears and whose existence elevates one’s soul feed my spiritual side.

One other very important area that elevates my spiritual side and helps me believe in the good of humanity and the predominance of one’s spirit is found in witnessing the unmitigated kindness given by one person to another with no thought of recognition or reward. When I see such behavior, my spirit is refreshed and renewed.

The staff here at Subversify is varied in their spiritual pursuits. When we decided to take a look at what drives spirituality, of course we also had to work at putting into words things that normally we just feel.

Thou Shalt Not Kill

SPIRITUALITY AND RELIGION… A MONK’S PERSPECTIVE