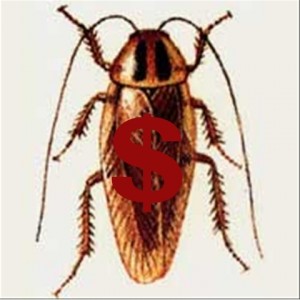 Since 2007 the US dollar-denominated world economy has been in a state of increasing disorder and collapse on a scale not seen since at least 1929. Despite numerous rescue plans, billion-dollar bailouts, and serial pronouncements of finally effective solutions the world’s political and economic rulers clearly remain unable to rectify this expanding economic calamity. However, this apparent impotence is probably of secondary concern for what the bankers and billionaires have been able to do, largely through a smoke-screen of subterfuge and fear, is direct truly astronomical sums of taxpayer wealth from the pockets of the many into the hands of the very few, neatly continuing a three decade trend of wealth redistribution away from the everyone that isn’t already rich.

Much like the infamous ‘War on Drugs’ and the recently added ‘War on Terrorism’, the ruling powers have no real desire to solve drug abuse or terrorism anymore than they want to build a sustainable and productive economy, because to do so would require relinquishing much of their wealth and power. The actions of the ruling powers contradict their official rhetoric, revealing that their actual intent is to put as much public wealth into private hands as possible.

This multi-trillion dollar feeding-frenzy of financial speculation, supported by growing government guarantees for private investment and massive monetary inflation, is completely unsustainable. And they don’t really care because, after all, the mantra of the businessman is ‘who cares about tomorrow when I can make a few dollars today?’ The individual mindset of desperate greed produces startling expressions of collective self-destruction. Every market player is trying to make a dollar before they get the dreaded margin call. Whether it’s crazy derivative plays, short-selling stock, or wild commodity speculation, with negative real interest rates and no safe place to park their billions that provides any reliable and substantial return, the desperation only becomes greater as asset values everywhere continue to decline. This underscores the root of the problem: the world economy is awash in too much supply with too little demand.

Why is demand insufficient? The answer is simple: inadequate wages. Macroeconomic decline has occurred in direct proportion to diminishing personal income. Within the flurry of negative record-breaking financial statistics one of the most disturbing is a stunning 9.2% annual drop in disposable income announced in the third quarter of 2008. Consumers around the world can’t support existing production levels because they cannot buy the products they work to produce! Yet despite the simplicity of the solution mass-media and rulers alike reject or ignore worker wages in favor of monetary expansion funneled to bankers, billionaires, and big-business, while bribing the electorate with one-time payments from the Treasury labeled as ‘tax rebates’!

In America the only reliable paychecks are in police, prisons, and the military or supporting industries; in other words everything that sustains the scam-wars on Drugs and Terrorism. Taking guidance from Milton Friedman the captains of industry seek profits first and everything else last, so for them inflation is an ally and deflation the worst of enemies. Consequently the Federal Reserve and the Treasury, with the help of Congress, work feverishly to reinflate the asset bubble that Alan Greenspan and friends helped to create with loose money and low interest rates even as normal economic forces seek equilibrium. Yet all this money the fed is pumping into the world economy, literally trillions of new Dollars in just the past two months, only makes everything worse, more volatile, and less rational. And now our criminal, incompetent, or criminally incompetent rulers are putting this insanity on steroids with each successive bubble bailout.

Just as Congress knows well, in our present establishment spending is power, and the more money you control the more they can spend; inflation is the friend of the ruling class. It may be tough to get rich but inside this plutocratic order it’s easy to stay that way. But the establishment’s rulers are as stupid as they are corrupt for none of this is sustainable for any length of time. So the official message must become increasingly shrill – buy and spend, and spend some more! The new national holy day has become ‘Black Friday’, the mega-shopping event after the Thanksgiving holiday. The delusional absurdity of debt-based consumerist society is not fully apparent from inside.

Yet everything that political authorities and establishment economists have been preaching to us on how our economy is supposed to operate, on the importance of the free market and free-trade, has all been completely inverted or discarded without a second thought or official explanation! The entire edifice of authority in place for at least 100 years has been revealed as fantastic sham and incredible hypocrisy. We live in a hollow artificial world based on lies and manufactured from theft that can only be perpetuated though a concerted campaign of deception and subterfuge. And just as the author and social scientist Gustave Le Bon once stated, “The beginning of a revolution is in reality the end of a belief.”

So why should we believe that the same people who created this mess are now going to fix it, or that they even can? Anymore you can quite reliable take whatever establishment authorities and their mass-media mouthpiece say and invert it to find reason and accuracy. Hypocrisy must be destroyed so that our words match our actions, otherwise injustice and repression will continue to build until a violent collapse occurs. In the meantime rebellion and the path to sanity and financial success in this debt-based capitalist system means turning your Dollars into gold and buying as little as necessary.

Since 2007 the US dollar-denominated world economy has been in a state of increasing disorder and collapse on a scale not seen since at least 1929. Despite numerous rescue plans, billion-dollar bailouts, and serial pronouncements of finally effective solutions the world’s political and economic rulers clearly remain unable to rectify this expanding economic calamity. However,…

Interview with a Sexologist

Gambling and the New Rules of Social Behavior