AROUND THE WORLD WITH EIGHTY GAYS 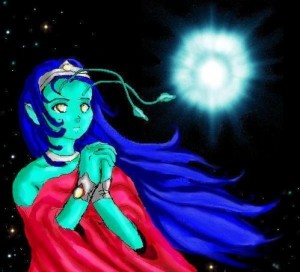 Once, a long, long time ago, in the merry queendom of Transformania, far away from the dreaded land of lurking closets and other assorted sexual genders, lived a fabulous fairy; Queen Aphrodisiac. He was a wonderful fairy who pampered his little stick people and held weekly banquets. The happy subjects sang and danced far into the night.

However, Queen Aphro was not happy. A prudent messenger from Prissy had prattled the woeful tale that along Transformania’s extensive borders were hibernators who were not showing their true colors and gravitating toward the closet and into the unspeakable fairyless realm beyond. After much brooding and consultation with his fashion experts, Queen Aphrodisiac announced a decree. “Bring me all the gay, untransformed faggots and I will make them into flaming drag queens.” Swiftly his fairy guard moved out into the lavender limits beyond no man’s land, searching among the hetero heretics for straying gays to bring to the queen.

Among these noble guardians of the fairy hierarchy was a properly frivolous dandy by the name of Herma Aphrodite. Herma was uncommonly attached to the Queen who was his namesake and distant relative. When he heard the decree, Herma immediately sought audience with his auntie fairy, and offered his services as perpetrator of the undiscovered closets. Queen Aphrodisiac was pleased to see his favorite godchild surrender all selfish ambitions for this great crusade to return the transgressing erotica to the flowering folds.

Queen Aphrodisiac invited Herma Aphrodite into his parlor for a serious discussion on the strategies of entering fairyless environments. “I feel there will be difficulties,” he sighed. “It could easily be a closed affair. If you discover negotiations are faltering, remember, a little butter goes a long ways.”

“My queen,” swore Herma, “I shall put out every effort to drive home my point of filial obligations. I will pave the way with honey. I will not withdraw until I have acquired the jewels of the deepest closets.”

The lissome queen held up a languid hand. “I have a special mission for you. Our scouts have discovered there are eighty transient gays around the world. All but one have been identified and are currently being chaperoned to a special ferry, The Transcendental Sea Nymph. Once we have collected all eighty gays, the Sea Nymph will transport our frolicking fraternity back into the fairy queendom. I need, you, my dear Herma, to find our last unfortunate, transpiring gay, and bring him back into the fold. If you succeed, I will wave my magic wand and make you a real girl.”

Harboring the promises of the languishing fairy, Herma Aphrodite left the beloved queendom in search of the final, frivolous faggot. While passing through a field of pansies, he overheard the conversation of two narcissistic namby-pambys. “I say,” said the one. “I saw a queer sight over in Rosewood Villa.”
“Eh,” said the other. “I tell you, I saw a bloomin’ queer sight over in Rosewood Villa, a sight so queer it would make both cheeks blush.”

Herma waited to hear no more. Surely Rosewood was the location of the unlit fag. He hurried on his way to the Villa. It was late in the evening when he arrived at his destination. He went straight to the Cabaret and solicited the madame, hoping to illicit information concerning latent homosexuals.

The madame was highly attentive and appreciated Herma’s comely solicitations. After coming three or four times, the madame admitted there was a bloomin’, queer sight at the edge of the Villa. “Well, if you’re pulling out,” she said, sighing, as Herma hastened into his fashionable attire, “Please remember me and come again.”

“I will come again and again,” promised Herma Aphrodite, blowing a gay farewell.

Herma dragged through the streets of the Villa, savoring his delectable moments with the madame. A pity the moments could not have lingered, he reflected, but a loyal subject to the queen cannot bend for any madame.

At the outer most edge of the villa was indeed a bloomin’ queer sight. A single closet stood among a bush of pussy willows. Within the half-opened door leaned a budding faggot. He looked very forlorn among the laced begonias and shrinking violets, and Herma’s heart was moved to compassion. “Why,” said Herma to the spindly fag. “How queer. You are bloomin’. I believe you are a pansy. Why don’t you come out from among the pussies and join my flaming company?”

The little fag turned instantly gay and skipped out under the rainbow sky. “I have been waiting for my fairy guard mother for so long,” he lisped. “Are you the one?”
“I am here to transport you to the transcendental ferry, the Sea Nymph. There will be seventy nine other gays consorting on the Nymph. She will labor hard to transfer us to Queen Aphrodisiac’s fruitful territories.”
“Ooh,” said the gay little fag. “I have never had the opportunity to be inside the Queen’s fruitful territory. I think it would be a delicious adventure. My name is Ty Tass, by the way. What’s yours?”
Herma smiled gently and patted Ty Tass’ hand. “Your fondest wish,” he answered. Herma Aphrodite and Ty Tass joined company, and afterwards proceeded through the field of pansies to meet with the Transcendental Ferry. It was time to return to the Queen.

It was an especially marvelous day the Sea Nymph entered the Elysian Channel. She swelled gently and rolled in the waves of liquid ecstasy. Ty Tass stood at the bow of the Nymph and hung on to his rail with both hands. “I say,” said Ty, glowing. “We have made a grand entrance into the Channel.”
“Yes, indeed,” answered Herma with amusement, lighting a match. His fag was starting to flame.

There were sixty nine positions to fulfill on the Nymph and the eighty gays hastened to fulfill them. They were so busy fulfilling the positions, they did not notice, that upon entering the strait, a vessel loomed, carrying a paranoid paradox filled wih hysterical homophobes. Before the gays had a chance to save their fingernails, the homophobes had straddled the Nymph and invaded the powder rooms. The confrontation was over-powering. Brave Ty Tass surrendered his iniquities, but to no avail. He still lost his hair curlers. Herma Aphrodite swung his stout club, yet the homophobic penetration was so deep, even he was soon overcome.

It looked as though all was lost for the Nymph, and her gay troops. Suddenly, there was a lascivious cry, and out of the narrow strait shot a substantial seductress and seventy sirens. It was the Madame, coming on her own steam and the backs of her lesbians!
The dykes broke at the man holds, but the lesbians kept coming. The homophobes were soon searching for a hole to enter. When they had all succumbed to the wanton wills of the litigating lesbians, the homophobes leveled their vessel and pointed it in a different direction.

It was a warm and tender re-union between Herma and the Madame. Once again she showed him her tricks and made him promise he would come for her again some day. The parting was just as succulent. Later, the Madame left, taking her tricks, her lesbians and holding up her dykes.

The Nymph navigated into Transformania without further mishap. The eighty gays riding her were grateful for the rolling ferry. The news went out quickly throughout the queendom that the Nymph had arrived carrying the latent homosexuals. The fairies twittered the word from mouth to mouth and flaming faggots were piled for miles around.

Queen Aphrodisiac felt like an elixir. He trembled with excitement. At last, he could point his wand and perform the final miracle. Noble, loyal Herma Aphrodite. He had brought everybody out of the closet. The Queen powdered his puff one last time and adjusted his maidenform. He entered his parlor where good Herma waited along with a fully bloomin’ pansy. “My dearest Herma Aphrodite, you have performed well for me,” praised the satisfied queen. “I shall now grant you the greatest honor one could bestow on a fairy.”

Herma held up his hand. “If it pleases you dear Aphro, I have been around the world and tackled the paranoid homophobes. I have seen what’s up with men and down with women. A certain madame uses her tricks and keeps me coming. Ty Tass is a valiant violet, and if it’s all the same, you could point your wand at him.”

Queen Aphrodisiac was a little surprised, but being a good fairy, he pointed his wand at Ty Tass and turned him into a real girl. Herma Aphrodite returned to his madame and the fairies of flaming Transmania and lived gaily ever after.

By Madama Mama Once, a long, long time ago, in the merry queendom of Transformania, far away from the dreaded land of lurking closets and other assorted sexual genders, lived a fabulous fairy; Queen Aphrodisiac. He was a wonderful fairy who pampered his little stick people and held weekly banquets. The happy subjects sang and…

The Revolution of Juchitan Part II