WARNING: The Late Mitchell Warren’s Q&A column is a satire and not meant to be taken seriously. Seriously, don’t take his advice or you could end up in jail.

QUESTION
What I don’t understand is why oil prices have dropped to ninety dollars a barrel, but gas prices remain the same. What’s keeping the gas prices up?
-Jason from Texas

ANSWER
That’s a good question, Jim. I often ponder this very question as I fill up on Super Unleaded gasoline, inserting that sturdy hose nozzle into the very accommodating and lubricated gas tank. It’s a very sexual experience for me, which explains why I sometimes lose myself and start spraying gas all over the cement while chanting “Yes!” Also, the fact that I have to pay someone after this experience just adds to the meretricious thrill of it all. But since you asked about oil I feel I must answer you and use this opportunity to preach about something more important than sex. And you’re right in assuming that can only be money. I resent the implication going around that yet another oilman being elected into office is a bad thing. Jim, are you aware of the definition of oil? It is defined as a “a slippery or viscous liquid or liquefiable substance not miscible with water.”

DO YOU UNDERSTAND WHAT I AM SAYING?

Jim, don’t you see the whole world is all about oil. How can you write me and complain that oilmen are running this country and not see your own hypocrisy? You have been voting for capitalistic oil-minded pigs ever since you first escaped the cauldron of your mother’s womb. Washington, Lincoln, FDR, Kennedy all of your heroes are and have been capitalists. And capitalists leg hump the oil industry like Lassie on little boys. With that in mind, I must say that I decry the current political candidates. There have never been politicians as desperately noble as John McCain and Barack Obama. Who do they think they are, trying to downplay the oil industry and pretend as if the Republican or Democratic Party has the nation’s best interests at heart? It’s downright treacherous. The oilmen of America have made America great. McCain and Obama need to respect their nation’s heritage just like George W. did. Am I wrong? Everyone says they hate George W. for his oil-mad pursuits in Iraq but hey, he’s the guy that won two elections in a row while Al Gore was retired from politics to pursue his real passion in life: making boring documentaries.

That said, and as a metaphor for my religious and patriotic beliefs, I present to you the perfect reason we should be willing to vote in an oilman to the White House: Daniel Plainview. The star of There Will Be Blood would bring a much more forthright administration to our executive branch and would make no apologies for his policies. I can see it now…

VOTE FOR A REAL OIL MAN

“I have a competition in me. I want no one else to succeed. I hate most people.”

There are times when I look at people and I see nothing worth liking. I want to earn enough money that I can get away from everyone. I see the worst in people. I don’t need to look past seeing them to get all I need. I’ve built my hatreds up over the years, little by little. I can’t keep doing this on my own with these… people. 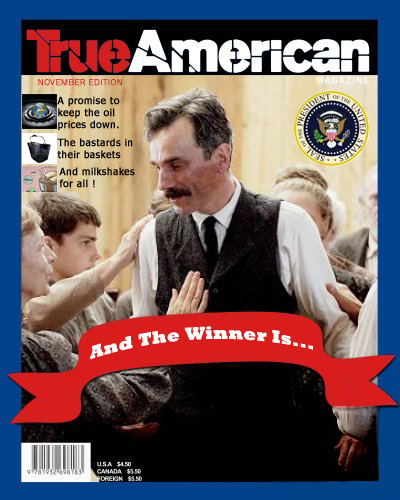 “If I travel all the way there and I find out that you’re a liar, I’ll find you and I’ll take more than my money back, is that alright with you?”

“One night I’m gonna come to you, inside of your house, wherever you’re sleeping, and I’m gonna cut your throat.”

“There was that house in Fond Du Lac that John Hollister built? I thought as a boy that was the most beautiful house I’d ever seen and I wanted it. I wanted to live in it, and eat in it and clean it. And even as a boy, I wanted to have children to run around in it. I’m sure if I saw that house now it’d make me sick.”

In closing Jim, seriously, stop whining like a little girl. Be a man and go stock up on oil. Make your country proud, dammit. 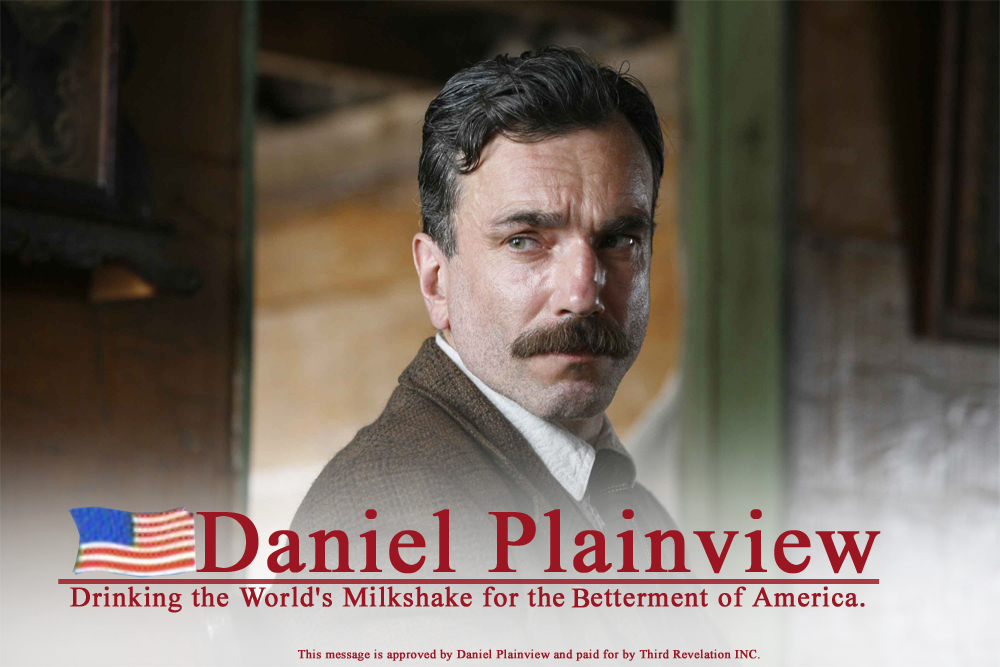 WARNING: The Late Mitchell Warren’s Q&A column is a satire and not meant to be taken seriously. Seriously, don’t take his advice or you could end up in jail. QUESTION What I don’t understand is why oil prices have dropped to ninety dollars a barrel, but gas prices remain the same. What’s keeping the gas…