The Horrors of the Credit and Banking Failures 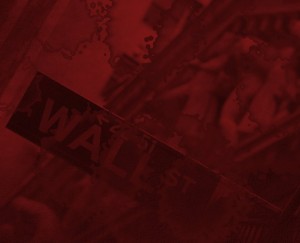 October usually indicates spooky times are ahead, but in America’s financial sector the real horror show has been slowly unfolding for months. Washington Mutual’s recent financial collapse adds to a growing list of lending institutions that are waiting in line for what the Bush administration estimated last Saturday to be a $700 billion buyout of troubled assets.Coupled with recent $200 billion bailout of Fannie Mae and Freddie Mac and $85 billion of American International Group, the federal government has thus far committed to one trillion dollars to avoid financial catastrophe. Put in perspective, the bailout will cost $30,000 for each American citizen. In his address to the nation, President Bush further put the scare on Wall Street by stating “The entire economy is in danger”. The bailout measure, if passed, will be the largest federal government rescue in U.S. financial history. With such astronomical numbers being thrown about, one might wonder what effect this will have on the U.S. economy and specifically to the average American.

The government bailout serves one specific purpose, to keep the credit market floating. Banking and credit companies rely on extending credit to customers to maintain profitability. Without the ability to lend cash, revenue in lending institutions cannot be maintained. Banks maintain a reserve margin which is held in their coffers to maintain liquidity under the theory that depositors will keep their money in the banks. Under the fractional reserve practices, a bank lends out more money than it has, which allows the bank to accumulate interest and maintain profitability. Banks can extend their profitability by taking on riskier loans at higher interest rates. The collapse of the sub prime mortgage market not only crushed the revenue potential of these risky loans, it also extended money held by depositors to risky financial ventures that failed. The result is that banks now have assets that cannot be liquidated and a shortage of credit to extend. To hedge the problem, the Federal Reserve has not let the prime rate float upward, allowing consumers and institutions alike cheaper access to money as a way of trying to keep credit consumption going.

Consumers can expect that the 700 billion dollar price tag for the bailout will be experienced April 15th . Both presidential candidates have actively talked about raising taxes to support the bailout. The tightening of the credit market affects many economic sectors, such as housing and new business starts, which had been suffering prior to the collapse of the financial sector. Money markets and the stock market have also been adversely affected. Local economies that rely heavily on financial services will be hardest hit as firms begin the processes of downsizing. Moody’s reports that New York City and its suburbs alone could lose 65,000 finance jobs by the middle of 2010. Consumers with tax deferred investment instruments like the 401k will feel the pinch of higher taxes in their retirement years. Local and state services will also likely be affected as governments struggle to recover lost tax revenue derived from the financial sector. Several states and municipal governments have already seen their budget deficit projections skyrocket, fueling concern over what services might be trimmed. The city of Las Angles sunk to a $400 million deficit amid the financial crisis, prompting mayor Antonio Villaraigosa to say at a recent meeting before the chamber of commerce, “There’s no question we’re going to be lower in revenues. The Legislature and governor signed a budget that essentially deferred the pain to next year,”

“What they did was loan against the future”

Fun with numbers: The median household income in the United States by the Organization for Economic Co-operation and Development is $46,000. If that income was paid directly to a non-interest-bearing trillion dollar debt, it would take over 2 million years to repay.

by ycats October usually indicates spooky times are ahead, but in America’s financial sector the real horror show has been slowly unfolding for months. Washington Mutual’s recent financial collapse adds to a growing list of lending institutions that are waiting in line for what the Bush administration estimated last Saturday to be a $700 billion…

“Horror, Dreams and Subconscious Survival –Why Your Brain is a Horror Fan”

The United States of Zombies