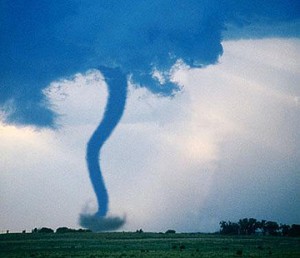 The American tax payers have been exonerated; at least for a short while; from carrying the burden imposed by poor financial management. It has taken an act of Congress to grant us this brief reprieve. It’s somewhat disturbing that both Presidential hopefuls endorsed a bail-out for the tottering financial institutions. It appears the dictionary for administrative offices no longer contain the term, “fiscal responsibility”.

Said R. Bruce Josten, the top lobbyist for the Chamber of Commerce in a letter to members. “Make no mistake: When the aftermath of congressional inaction becomes clear, Americans will not tolerate those who stood by and let the calamity happen.”

The lobbying market is casting about for a spin to make the American people feel guilty and a way to shift the blame. It is making threats, unsubstantiated by facts. The American people didn’t visit this calamity on themselves. It was elicited by the very institutions that, having wiped out the afford ability of the middle class, now wish to continue their poor policies of granting extended credit and loans to entities that have ceased to produce a substantial return for the investment. These entities have become liabilities. They can’t be rescued any more than you can risk giving a gambler more money to recuperate from his losses.

As a society, we understand to some extent how these banking institutions have failed. They over-calculated the demand within the real estate market. Major industries transferred their production to foreign countries with cheaper labor laws, leaving scores of blue and white collar workers without jobs. Commercial enterprises have forced small businesses into bare survival. We are left only with our energy resources and computer technology. This is not enough to rebuild the infrastructure for a healthy, prosperous population.

The rebuilding needs to take place in the ability of the people to maintain once again, a self-sustaining economy. This could mean radical changes in lending policies and in the direction of the funds. The investments should be made in alternative energy, clean water facilities and bio-agricultural developments. Easier loans should be made available for small farming operations, energy efficient businesses, and low cost housing. States that are able to support and develop their natural resources; i.e., energy, timber, mining, fishing, etc., through loan sharing should do so by placing equal shares into stock that generate funds back into the state’s economy. This way, not only what has been borrowed has been paid back, but the revenues of the state resources are going back to the state’s general fund. This was the basic foundation for the Alaskan permanent fund. The funds generated through lease sales of oil properties were placed into a general fund that instead of sitting idle, or dispersed until it was gone, was placed into stocks that produced enough profit to give the citizens of the state a yearly dividend. If we, the tax paying people of the United States must shoulder the burden of financial irresponsibility, then we people, rightfully own the fallen institutions and should be allowed to choose the directions of its investments.

“What happened today was not a failure of a bill, it was a failure of will,” said Dodd, the Banking Committee chairman. “Our hope is that cooler heads will prevail, people will think about what they did today and recognize that this is not just scare tactics — it’s reality.”

The truth is, the banking institution has failed to protect the assets of its investors. It has failed through short sighted get rich quick schemes, through reckless credit lending. We can not enable them with our tax payer’s dollars to continue these same policies designed to postpone the inevitable. We must build our own direction and the direction must be one that carries us into a progressive future, not one that will have crippling repercussions on our ability to thrive and give stability to our future generations.

The American tax payers have been exonerated; at least for a short while; from carrying the burden imposed by poor financial management. It has taken an act of Congress to grant us this brief reprieve. It’s somewhat disturbing that both Presidential hopefuls endorsed a bail-out for the tottering financial institutions. It appears the dictionary for…

“Horror, Dreams and Subconscious Survival –Why Your Brain is a Horror Fan”

Have a Bankrupt Holiday